Ather Energy is an Indian electric vehicle  manufacturing company. It was founded by Tarun Mehta and Swapnil Jain in 2013.  This startup has received ₹4.5 million (US$63,000) from the Technology Development Board under Department of Science and Technology, IIT Madras. The startup has also raised funds from flipkart founders, Sachin Bansal and Binny Bansal. They invested $1 million as the seed capital in 2014. In May 2015, Ather raised $12 million from Tiger Global .  Hero MotoCorp also invested ₹205 crore (US$29 million) in October 2016 and now they have 32.31% stake in Ather. Hero MotoCorp again invested ₹130 crore (US$18 million) in 2018.

Ather set up its manufacturing unit in Whitefield, Bangalore. Company headquarters are in Bangalore. The production was started from 2018.The company produces 600 vehicles per week. All products will be sold online via doorstep delivery.

Ather has set up its own charging network, named as Ather Grid, in Bangalore & Chennai, which charges Ather scooters at a rate of 1 km/min. Ather Grid can also be used to charge other electric vehicles. As of now Ather is only available in Bengaluru, Chennai, Hyderabad, Delhi NCR, Mumbai and Pune. Deliveries in Kochi, Coimbatore, Ahmedabad and Kolkata will get started soon. 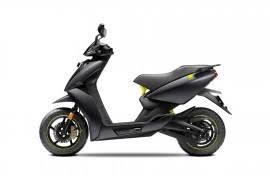